Just a little video John wanted to share with everyone!

David Wood found a website that might be helpful when planning a drive. Can be searched by State and City and includes octane levels. North Carolina list: https://www.pure-gas.org/index.jsp?stateprov=NC 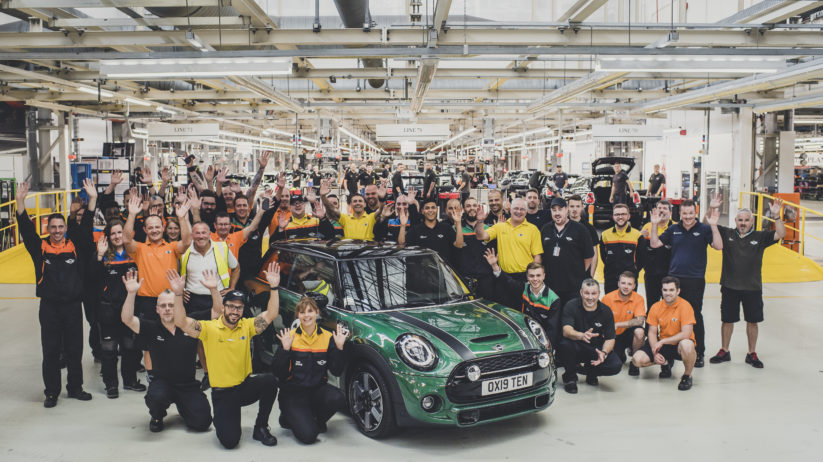 MINIs have been rolling off the production line at the plant in Oxford for over 60 years now. From 1959 until 2000, 5,300,000 of the first series were produced there, and in that time, the world transitioned to embracing the then-unique transverse front-engine, front-wheel drive layout first made fun and nimble in a MINI. After 2000, when BMW revitalized the marque, the model, which had been reinterpreted for a new century, also began being produced at the site, which celebrated its 100th anniversary back in 2013. In the time since BMW has owned MINI, several million more have originated from BMW MINI Plant Oxford, as it is officially known, and earlier this year, the milestone of 10,000,000 units was reached.

MINI had been planning for the occasion for a while, and also honored decades of production with a 60th Anniversary model. It was one of these special editions that was the 10,000,000th unit produced, and soon after rolling off the line, it came face-to-face with the first one ever made. This meeting was followed up by a convoy which led to Bristol, where thousands of MINI fans celebrated the uniquely British brand’s history at the International Mini Meeting on Sunday, August 11. 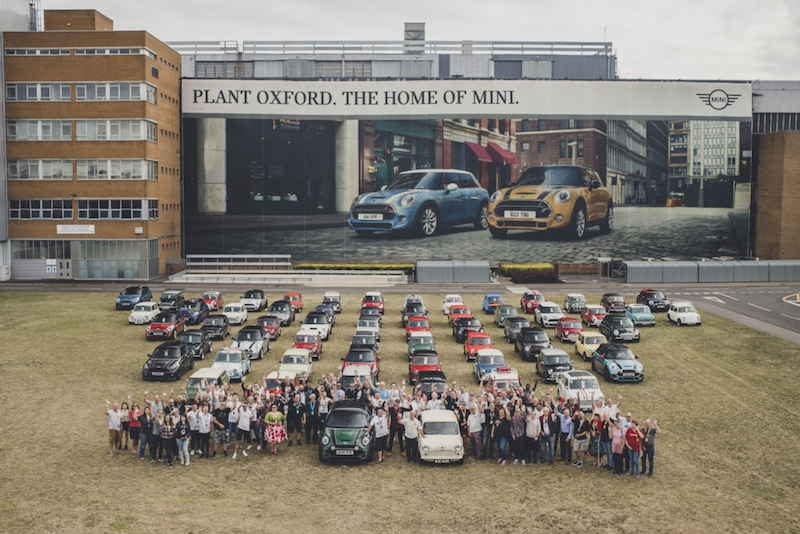 BMW MINI Plant Oxford has been around since 1913, and produced various Morris models from then up until 1958, the year before the BMC Mini arrived. During the early 1960s, Plant Oxford employed nearly 30,000 people who worked to produce a myriad of different models. Over the years, the facility has constructed vehicles for wide array of British marques, including Wolseley, Riley, Austin, Triumph, Rover, and Sterling among others, in addition to Honda. 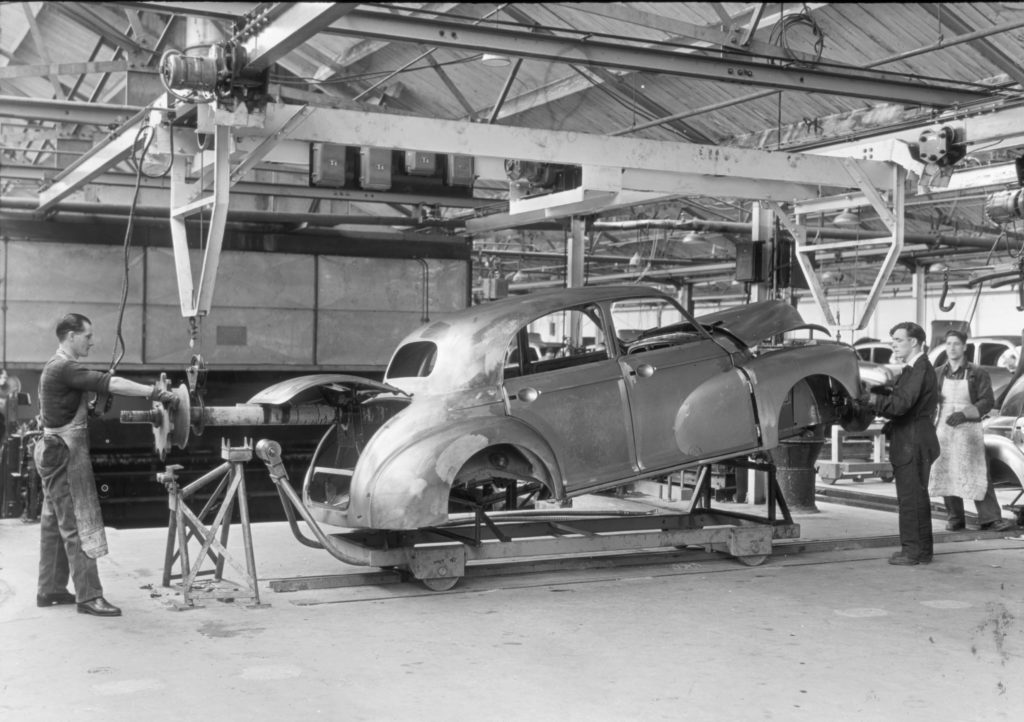 Beyond complete, finished vehicles, Plant Oxford has also built complete knockdown kits that were then sent around the world to countries that lacked a developed manufacturing base. During the late 1960s, roughly 40% of the plant’s was consumed with building knockdown kits, which would be subject to final assembly in 21 other facilities around the world. From 1913 to 2013, the plant produced 11,650,000 vehicles. 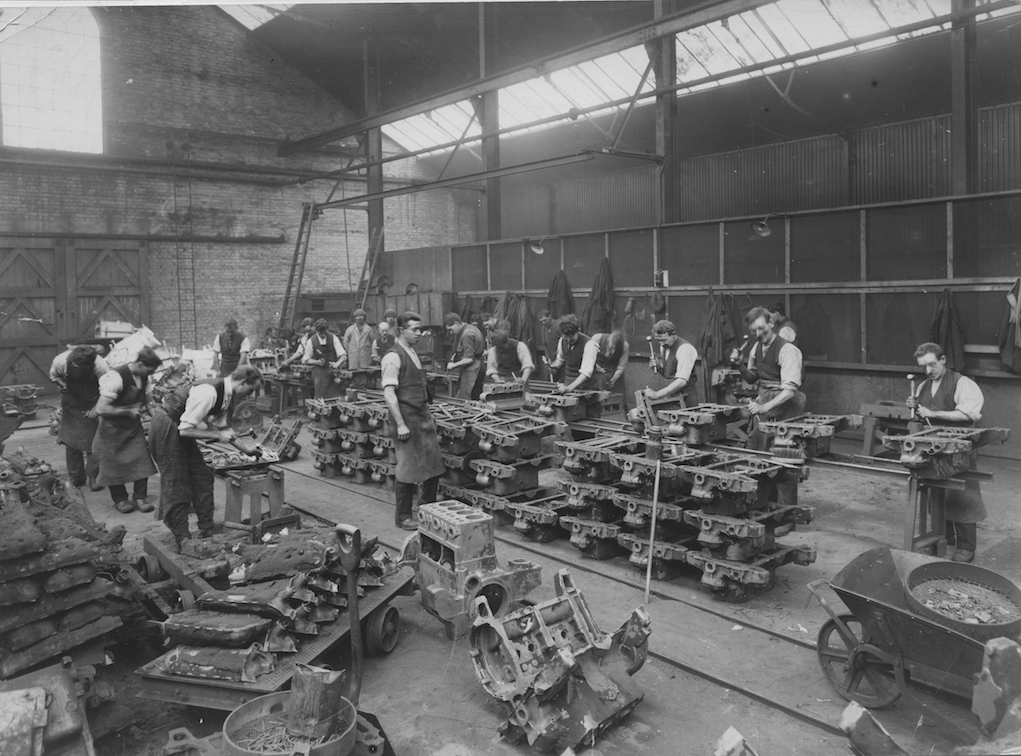 Over the decades, plant staff has declined considerably from a high of 28,000 during the early 60’s. Today, BMW MINI Plant Oxford is a central component of BMW’s manufacturing presence in the U.K., working with the Hams Hall engine factory, which BMW built shortly after committing itself to MINI, and the stamping facility in Swindon. As recently as 2013, a staff of 3,700 worked to produce 900 MINIs daily. In 2016, production at Plant Oxford totaled over 210,000 units. – Alex Tock

About The Author – Alex Tock
A member of the San Diego Chapter of the BMW CCA, Alex Tock is also a prolific writer for the popular car auction website Bring a Trailer, and moonlights as an operations administrator for a local small business. His current garage includes a 135i Dinan S2 and a 1985 325e coupe, but something new (or old) is always on the horizon. Alex enjoys light wrenching on his fleet, drinking local San Diego beer, and sharing his passion for all things automotive, mechanical, and technical through writing.

Our meetings are the first Tuesday of each month. Please see our
Club Events Calendar
Contact us at:
britcarswnc@gmail.com
We would like to meet you!